When It's Not Just Growing Pains: 3 Signs Your Child May Have A Mental Illness

Mental illness can be difficult to diagnose in children, partly because many people do not want to believe certain disorders can affect children. Many people with antisocial personality disorder, depression, bipolar disorder or schizophrenia had an early onset, even if it went undiagnosed or misdiagnosed. Some behaviors your child may display could be cause for concern.

Many children have imaginary friends and the phenomenon may extend for years. This can be an expression of loneliness. Imaginary friends are usually fun, but if your child's friend says disturbing things or wants your child to exhibit harmful behaviors, this can be a sign of problems. First, you want to find out if your child is projecting something that happened to them. If your child watches the news or has access to children who have seen or heard age-inappropriate behavior or conversations, this could be the problem. Otherwise, it is possible for their imaginary friend to be a manifestation of auditory hallucinations seen in schizophrenia.

You typically teach children from an early age to be empathetic to those around them. They learn it hurts to pull someone's hair or the cat's fur. However, even with teaching, some children may continue to express behavior they know is offensive or even painful to people or other living creatures. Before the age of 15, some children may be diagnosed with conduct disorder. If these behaviors persist, they are considered antisocial personality disorder (ASD).

With ASD, people disregard the feelings and boundaries of others. Children with a history of conduct disorder may enjoy setting fires and watching the distress of others or harm animals. Over time, the behavior can escalate to crimes against persons. They may express remorse, but the remorse is superficial. This is evident because the behaviors only continues and often escalates.

Your sweet, loving child may seemingly go into a fit of rage, irritability or crying spell without provocation. Sometimes other factors can make your child's mood unstable, such as problems at school or even changes in hormones. If you can rule out other causes, there might be mental health concerns contributing to your child's erratic mood. When people are depressed, they can become irritable. Both bipolar disorder and borderline personality disorder are conditions with an obvious feature of fluctuating moods. Sometimes the two disorders can be difficult to tell apart.

If you feel uncomfortable with your child's behavior, it is never safe to assume they are too young to have a mental illness. Early, accurate treatment allows many children with a mental illness to live satisfying and productive lives. Contact professionals, such as those from Lazaroff & Lazaroff - Beatrice S. Lazaroff, Ph.D./Jerry M. Lazaroff, Ph.D., for further assistance.

Read in about 3 Minutes 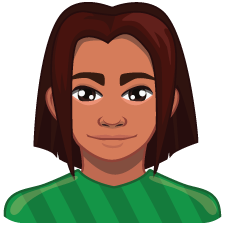 Teenagers have it a lot rougher than parents did when they were going through the most difficult years of a person's life. There are more trials to face, more challenging peers to stand up to and a variety of drugs to turn away from. With all of these challenges, a teen can quickly make a poor decision that puts them in a bad emotional state. If you have a teen that is struggling with emotional issues, it is important that you seek out a counselor for the teen to talk to. Find more information about teen counseling here on my blog.